Luiza Helena: “Optimism is not just standing around waiting for something to happen, but working for the best to happen” 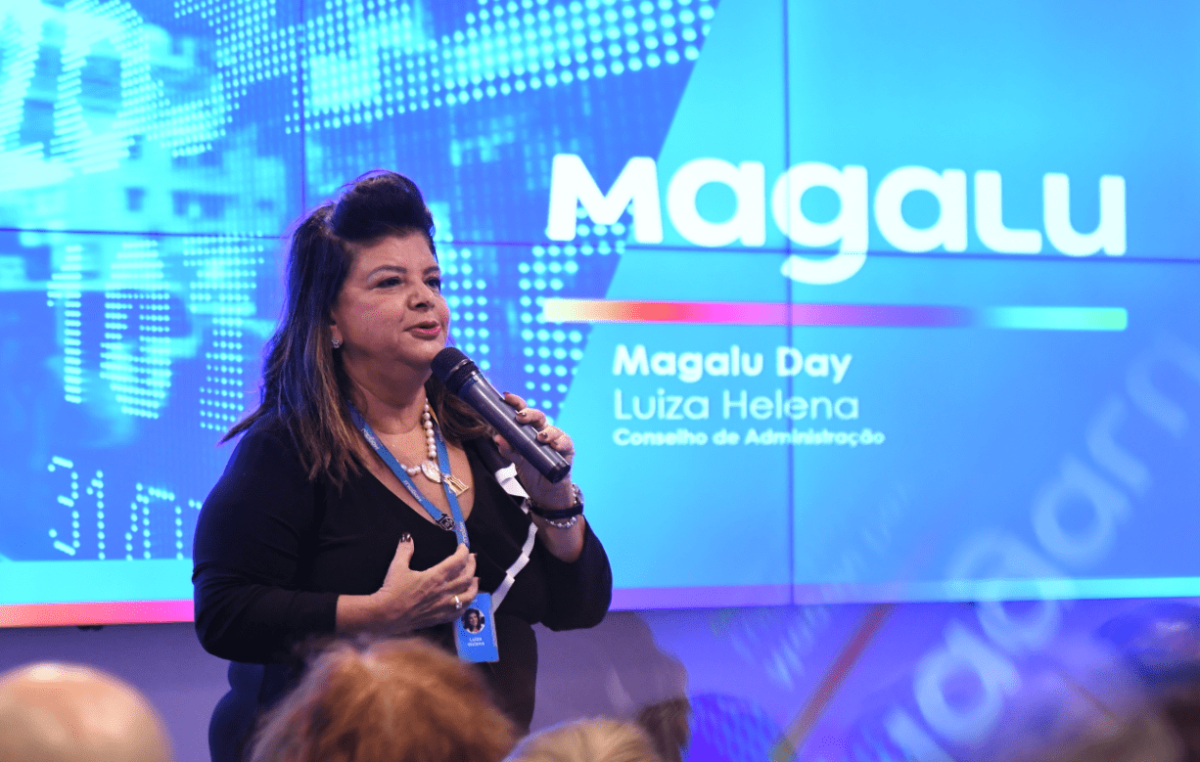 Chairman of the Board of Directors of Magazine Luiza, the businesswoman, one of the most important women in the country, holder of several awards, is known for lending an air of modernity to the network that bears her name and was one of the first to act in the omnichannel scheme. Graduated in Law School in the city of Franca, São Paulo, at the age of 13 she started working at the counter of the store founded by her aunt, who sold appliances and furniture in the 1950s. In 1991, as indicated by her aunt, she took control of the company, which today has more than 1,150 stores in 18 Brazilian states.

With the pandemic, the company accelerated the e-commerce. E-commerce sales grew 138% in April and 203% in May. She also expanded the offer of products, including food and health items, which leads consumers to interact more often with the platform. In this exclusive interview for Eletrolar News, Luiza Helena Trajano talks about the digital transformation of the network and her posture, always believing that the best is yet to come. “Optimism is not standing around waiting for something to happen, but working for the best to happen. And it is precisely in this sense of action, of making things happen, that the greatest lessons are coming out for retailers.”

How and when did the company start preparing to face the pandemic?

Luiza Helena Trajano – The pandemic took everyone by surprise due to the speed, but we knew it was happening. At the beginning of the year, I went to the opening of the Brazilian Women Group in Germany and, in some fairs over there, I saw that China was not present. But nobody was prepared for this crisis. Magazine Luiza realized the seriousness, canceling a meeting that was scheduled and practically paid for all company leaders, and then closed all stores even before it was mandatory.

What are the most important measures and actions taken by Magazine Luiza?

LHT – All of them were important. Several measures were taken to preserve the health of the team, and several others to help small and micro-entrepreneurs, such as opening our platform quickly so that they could sell their products, as the vast majority had no online sale, and this allowed them to continue selling through our website.

Has the Magalu Partner Project, which has more than 160 thousand self-employed workers selling products from the chain and 15 thousand companies, been achieving good results?

LHT – We created this project to help companies and people who had no way of selling online, enabling them to sell their products over the internet. After all, their business was suddenly forced to close due to the pandemic. We quickly opened our platform, and the participation was huge. The initial fees were small to help in this difficult time, and many people joined to even learn how to sell online.

Were the measures taken by the company modified during the pandemic? What has changed in consumer behavior?

LHT – There were several changes, depending on the phase and the reality experienced during this period, but online purchasing has grown significantly, including the insertion into the virtual world of many people who had never bought this way before. We are also very attentive to the constant improvement in the resumption process, constantly improving our procedures with the learning of each location where we are already opening to ensure the safety of the team and the consumer.

What are the most positive results that Magazine Luiza obtained in its digital transformation process?

LHT – Our history with this transformation is pioneering. In the early 1990s, we created Electronic Stores, because the term virtual did not exist yet, and that was long before the internet. Then, we were pioneers in the website and in many other actions that led Magazine Luiza to have a culture of innovation, making digital present and constantly improving throughout our history. We always understand the business as a whole, with the physical and the digital together, and also that the digital is not a software or application, but a way of acting and thinking.

How did the company overcome the logistical problems to deliver its products on time?

LHT – Logistics problems have always been a challenging in the country, whether due to our continental dimension or the infrastructure. It is a continuous process of learning and improvement. Therefore, another great advantage of joining physical and digital is that we have hundreds of mini centers (CDs) in our stores.

How will retail recover in this semester, since there is still a lot of uncertainty regarding the pandemic?

LHT – Nobody has that answer. This year will be quite difficult for all segments, and full recovery will only come with the vaccine, which we hope will happen as soon as possible.

What will be the future of physical stores? Will they be points of experimentation or will they become distribution centers?

LHT – I have been going for many years to the NRF, the biggest retail fair in the world, held in New York, and I have heard everything from total death to the revival of physical stores, but I have always believed that they will not cease to exist. The important thing is that they adapt to the new realities of the consumer. We have already adopted both experimentation and their use as mini distribution centers and new formats will emerge, required by the consumer. We have to be aware.

Is the consumer today more digital, or does the physical store continue to have a greater fascination?

LHT – The answer is in the junction of physical stores with digital, which is what fascinates the consumer. The two experiences are not substituted, they can be complementary.

You have always been optimistic. So, we ask: what lesson can retailers learn from this pandemic?

LHT – Optimism is not standing around waiting for something to happen, but working for the best to happen. And it is precisely in this sense of action, of making things happen, that the greatest lessons are coming out for retailers. For example, those who were not yet digital had to adapt quickly to continue selling with stores closed. In addition, dozens of other lessons will be learned, we will never be the same after this pandemic.

Will the second semester be better? How will retail be, since it may suffer from the lower purchasing power of consumers?

LHT – We will certainly have a period of recession, but Brazil was resuming its growth path before the pandemic, and we cannot forget that there is still a lot of restrained demand for consumption, even for necessity goods. There is a survey that says that it will be necessary to build more than 20 million popular houses for Brazil to have a minimum level of social equality. Imagine, then, the number of appliances to equip these houses. There was also a key change in which the purpose becomes fundamental for the consumer, in addition to the price. There was an appreciation of the collective. Our stores that are opening, respecting all procedures, are doing very well.

What is your message for Brazilian retail?

LHT – This phase will pass. We are facing immense difficulties, especially micro and small entrepreneurs. Anyone who was not aware of e-commerce must understand that this was already a path of no return, but now it is even more important, and you cannot think of a company that does not think about the collective.

‘We always understand the business as a whole, with the physical and the digital together, and also that the digital is not a software or application, but a way of acting and thinking.”

“There is a survey that says that it will be necessary to build more than 20 million popular houses for Brazil to have a minimum level of social equality. Imagine, then, the number of appliances to equip these houses.”

MOTHER’S DAY – IT IS TIME TO INVEST IN PERSONAL CARE 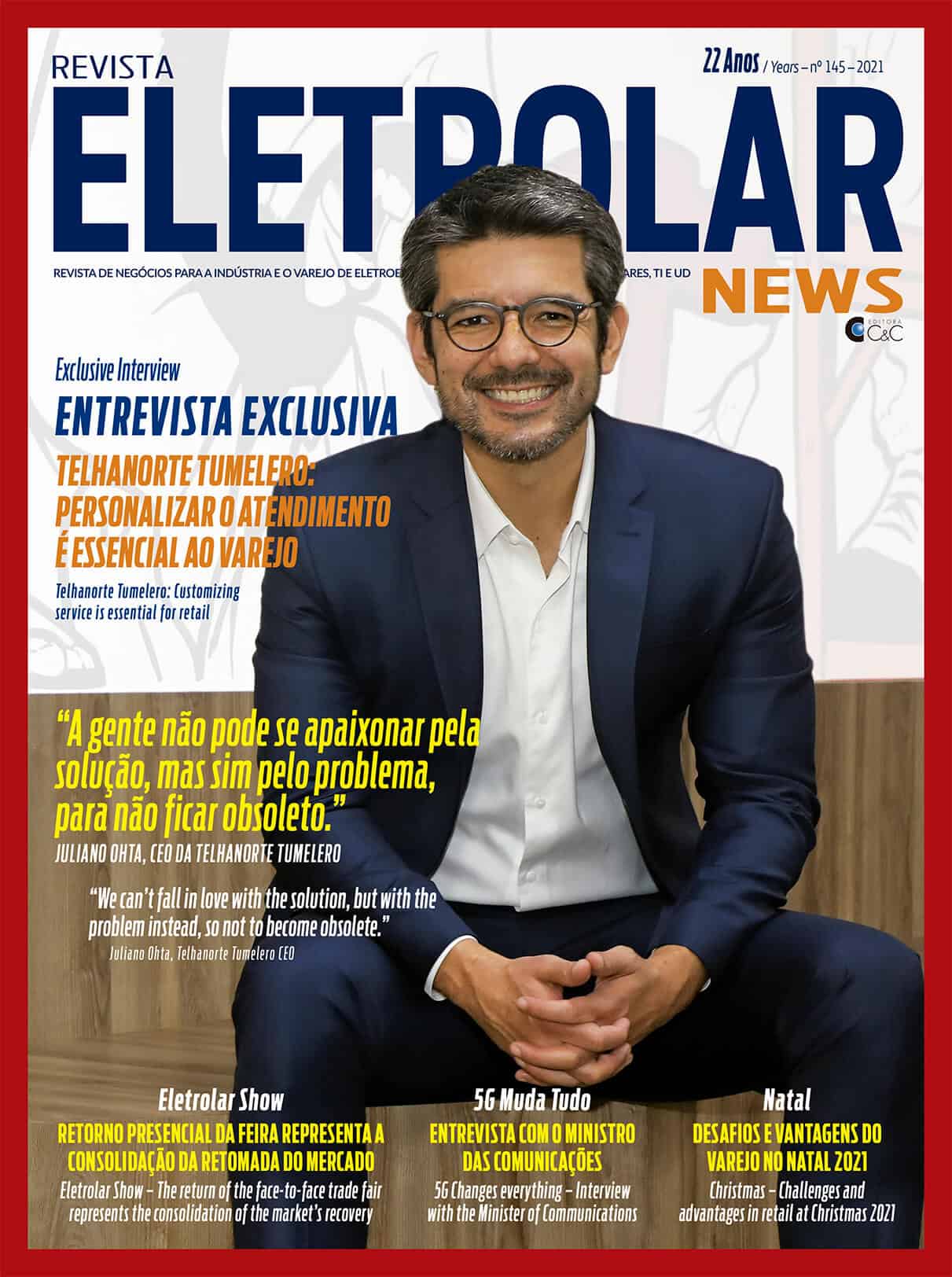 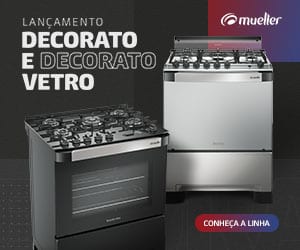